Let us discuss the Future of AI.

Let us start from John McCarthy one of the key pioneer of Artificial Intelligence, we now call it AI. What really is AI can be known from his statement

The study is to proceed on the basis of the conjecture (a conjecture, which means that we can’t really prove it to be true) that every aspect of learning or any other feature of intelligence can in principle be so precisely described that a machine can be made to simulate it.

Some of the people nowadays, consider AI as consciousness. Taking example, in case of Chinese room  argument, intelligence is not knowing the language but the action of responding the message she receives from the Chinese person.

You can see Chinese Room argument So exactly the word “Conscious” can be used. If AI does work as expected by the one who designs AI or who tests it, it is intelligent. Saying the AI conscious doesn’t match real world i.e. AI cannot be human as in Chinese problem.

So we can define the future of AI as the future in which the human designed intelligence with limits has the tasks to perform as provided and expected by the creator.

This isn’t all about future of AI as from past computers evolved to the level where it was feasible to experiment with practical AI algorithms in the 1950s, the most distinctive AI problems (not cracking Nazi codes) were games. Board games such as chess, Go, and checkers have inspired countless researchers, and continue to do so.

But planning and developing techniques to do so is the main challenge where AI lead to great way in the 1960s: algorithms as Minimax algorithm which were developed at the time,  are still the foundations and are still used everywhere besides the more advanced variants have been proposed over the years.

The self driving cars are still in development. But self-driving car is not intelligent. It becomes intelligent when it performs the actions to in all situations as predicted and as instructed by human i.e. AI.

Expecting AI to be much more as presented by media is not a good thought. Some of these portray the things  which only depict the impracticable idea of AI whose role is only to destroy human civilization.

Also AI portrayed by the movies and different fictions are unrealistic. This representation doesn’t reflect the motto of actual AI. AI is not only about making humanoids or human like working robots. It is the process of making human lives easy not only through human-like objects but also through different AI implemented programs can be kept in any sort of devices. We don’t have a crystal ball that would show us what the world will be like in the future and how AI will transform our lives.

we  just don’t know what’s gonna happen if there is  intelligence substantially greater than human mind.
. As biological evolution took 4.5 billion years. But we can see the evolution of computers in just 10 years. Seeing the development companies also initiate and expand their efforts in AI in the fear of missing out (FOMO).

Is this the really the thing we should consider now as AI’s nowadays are only focused in image and pattern recognition, share market predictions, home automations, doing predictions on geography and world situation. Also big companies like Google, Facebook and others are using it as means of collecting data, reading human activity , providing them feeds what they enjoy and keep them engaged.

Also some other companies like Boston Dynamics, Honda are busy in making robots possible of doing almost all tasks like humans. We also have AI that setup their own goals. We can take example of food serving robot manufactured by Paaila Technology in Nepal. This can lead really to the better development of AI and good future of AI.

Some people are worried, if humans are obsolete by 2050 or their jobs have been replaced then what would we do?

AI is the future, not only of Russia, but of all of mankind, whoever becomes the leader in this sphere will become the ruler of the world.

And me, Tapendra has to say that

The future is AI ruling technology but not AI overruling humans.
SEE ALSO

10 things to do to become safe from hackers 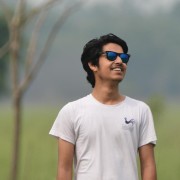 Let us say paste in peace!

Huawei responds to Google’s suspension of support for some businesses: China’s market is not affected.

The first black hole photo is available for 10 things you need to know about black holes.

Let us say paste in peace!

Huawei responds to Google’s suspension of support for some businesses: China’s market is not affected.

The first black hole photo is available for 10 things you need to know about black holes.

This widget requries the Arqam Lite Plugin, You can install it from the Theme settings menu > Install Plugins.